Welcome to America, the land of the free--- unless you belong to the National Education Association, the nation’s largest union. 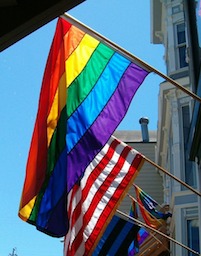 This increasingly radical arm of far-left politics always has its national meeting over Fourth of July week and guess what is on the table at its meeting right now in Boston?

They are proposing to expel the exhibitors of the NEA Ex-Gay Educators’ Caucus.

All in the name of tolerance and diversity, of course.

Here’s the resolution, published this morning in the convention agenda:

"Be it moved that the NEA implement its own rules and regulations on ‘Becoming an Exhibitor’ to NEA caucuses AND IMMEDIATELY REMOVE THE EXHIBIT ENTITLED ‘NEA EX-GAY EDUCATORS’ from the exhibit hall on the grounds that this exhibit violates existing NEA exhibitor standards. These standards state that Exhibitors may not distribute materials that are offensive, distracting, or discriminatory."

Leaving homosexuality is “discriminatory”? Only among those afraid of the power of that option! And to whom is this hope “offensive”? To radical homosexuals and their allies.

Have you had it with left-wing fascism trying to cloak itself in civil rights’ lingo?

Please make some calls right now—please be polite—and here is some contact information:

FORWARD this to EVERY TEACHER YOU KNOW!