As we gather for cookouts and fireworks this week, let’s not forget why we assemble and what it takes to preserve freedom. 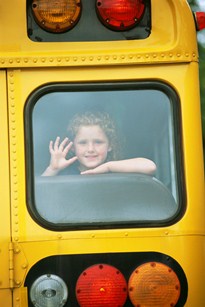 In many venues today, our precious offspring are thrown to the wolves of the imploding culture, yet it would not take much to rescue them. But America’s parents, grandparents, aunts and uncles must multiply their acts of vigilance.

Do we want to create God-honoring, thoughtful, compassionate and civilized citizens – or wasted barbarians? We do have a choice.

Here are some actions you can take right now.

1. Commit to daily prayer for God’s guidance, and then act on where He leads you. But please—don’t use, “I’ll pray about it” as an excuse to put an indefinite hold on those critical phone calls, emails and conversations.

Apparently, people have been “praying about” the rampant promotion of homosexuality, abortion and gender confusion in schools and churches for years, and that’s all. It’s why we are seeing children come to embrace these grave sins (for themselves or others) and then flee from the Christian faith in droves, because once sexually or ideologically corrupted, young people seldom recover a true, biblical worldview because—let’s face it --- many are just not genuine believers. They have believed a false Christ, one who whispers sin-affirming deceptions.

New research from George Barna illustrates the problem. Many American adults consider knowing Scripture and the life of Jesus to be fairly low priorities for their children’s education. Born- again adults rated these factors very high.

Americans, wake up. Don’t cede your children – and perhaps their eternal destinies – to a glittering but Christ-less culture.

Especially if they do these things. We need to push back against the darkness, and the plain truth is that we must train our children early to be bold about their faith, or the freedom to express it will vanish.

If they could attend Christian schools or be home-schooled, so much the better.

3. Speak up and say NO to sexual and ideological corruption in government-funded schools and don’t worry about what names you will be called. It doesn’t matter. I once worried about this, but God has been very kind, and the attacks have been more tolerable than I expected.

Here are some ideas--

YouTube recently “unrestricted” many “LGBTQ” videos after an activist campaign, and so these corrupting materials may be available on your child’s school computer. Parental action can hold schools accountable.

She may be an advocate of school choice, but with these views, DeVos can do a lot of damage to children. Tell Trump you want her GONE along with her pro-homosexual, pro-transgender civil rights division head, Candice Jackson. These people are very bad news for children.

4. Monitor your child’s school lessons for pro-Islamic messages. Contrary to the mantra of the mainstream media, we do NOT all have to become defenders of this harsh, anti-female, anti-freedom 7th century false faith, in order to prove our compassion. We should, of course, practice civility to its practitioners, while sharing the Gospel where possible.

Two New Jersey moms retained a legal firm following discoveries about  radical school propaganda. They objected to pro-Muslim lessons, including a video about “The Five Pillars of Islam” shown to their seventh graders enrolled in a world cultures and geography course.  So, parents, check your child’s classes and speak up if you find unvarnished indoctrination.

5. Teach your children that America is NOT a racist nation. We just spent eight years under the leadership of a black president, and America’s minority citizens enjoy equal opportunity at every turn. Tell your children to push back against any such messages at school without, of course, conveying any kind of ethnic superiority. Just teach them the truth and encourage them to speak up where they can.

6. Stand up in your city for the welfare of children and for freedom. For instance, the latest cities to attempt to ban pro-heterosexual counseling are New York and Dayton, Ohio.  It’s all about therapy to overcome same sex attractions. What is the problem? This is leftist activism, pure and simple.

When fascist sexual anarchy rears its ugly head, pastors, churches and Christians need to show up and face this demon down. If you live nearby, contact these cities and go to the meetings where a vote will be taken.

Okay, friends, let’s have a great holiday, but never forget, we must ACT – non-violently, of course--to protect our freedom!